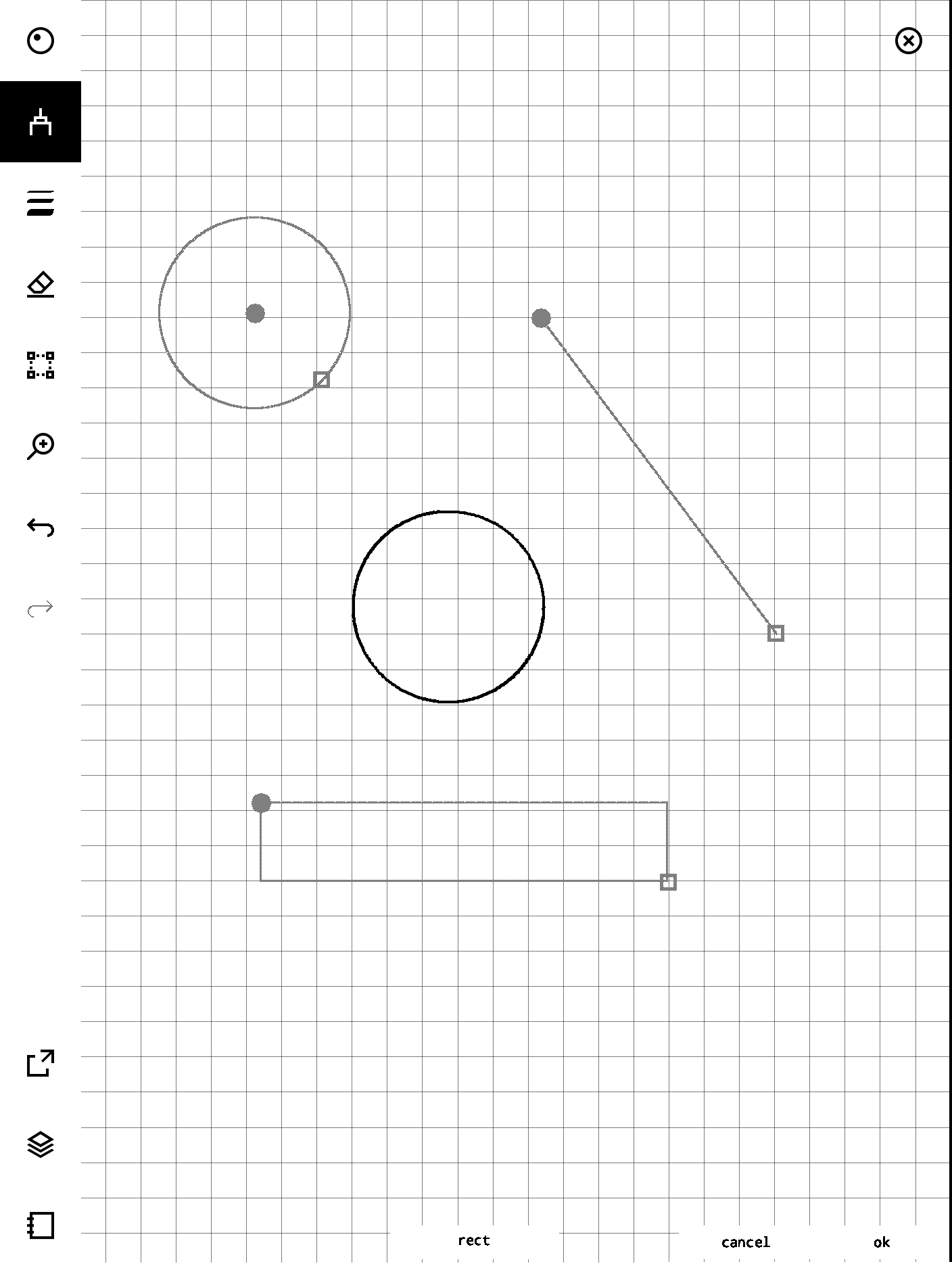 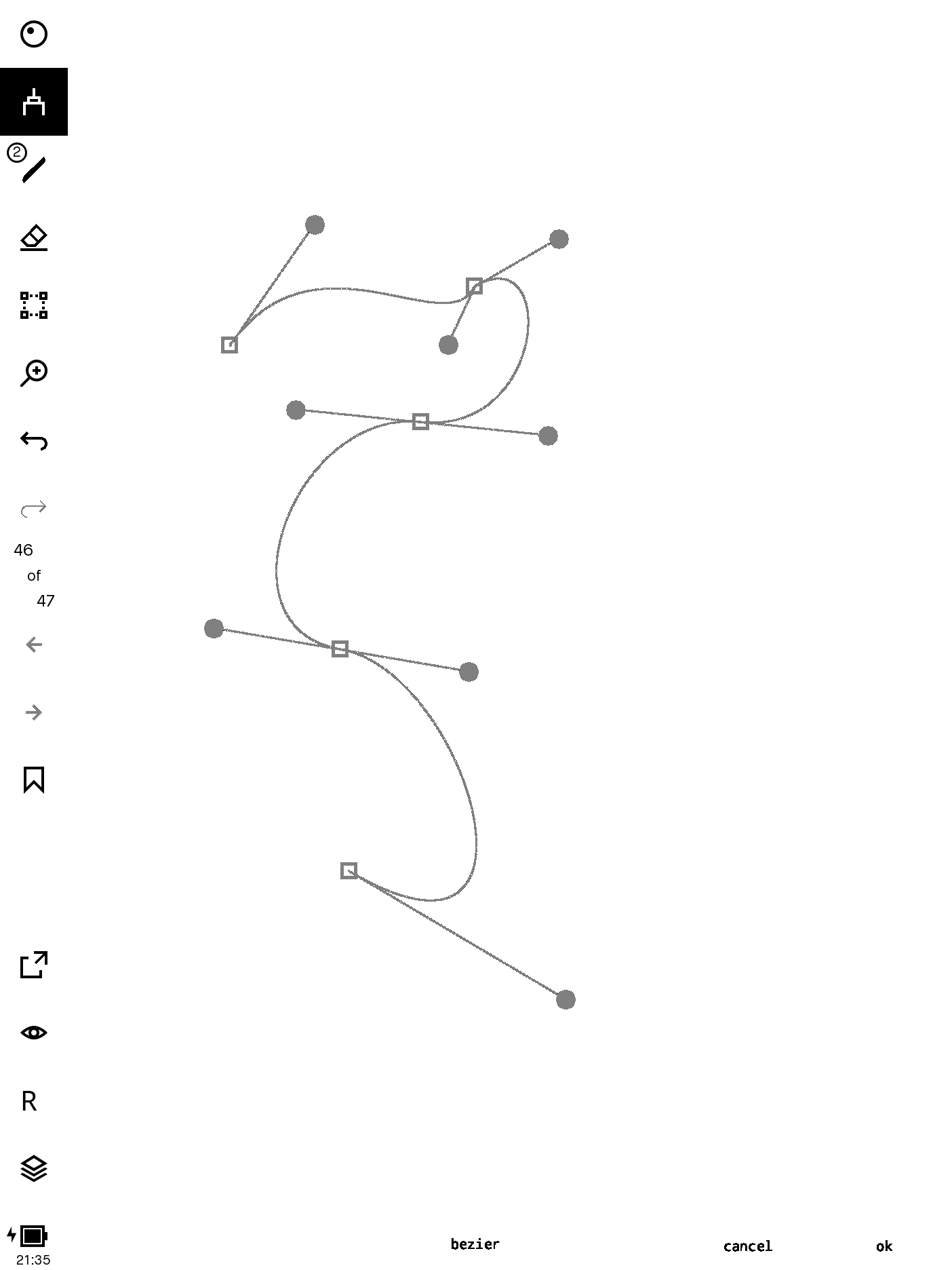 iago is a UI for drawing shapes onto the rM. you configure a shape through iago, then apply it and the pen will draw that shape in your notebook.

under the hood, iago uses lamp for drawing shapes.

select a shape to draw from the add dropdown and it will appear in the center. use drag the handles to modify the shape. select bezier multiple times to create a line segment

when ready, press ok to apply the changes - lamp pretends to be a stylus, so don’t touch stylus to screen while it’s drawing.

an example genie config would be

NOTE: you might need to clear genie and ddvk touch injector’s state after launching iago. what this means is that iago often requires the gesture to be input twice before iago launches. for example, if your gesture is ‘three finger tap’, then tap with three fingers to clear it again.